Make Negative Feedback Work For You 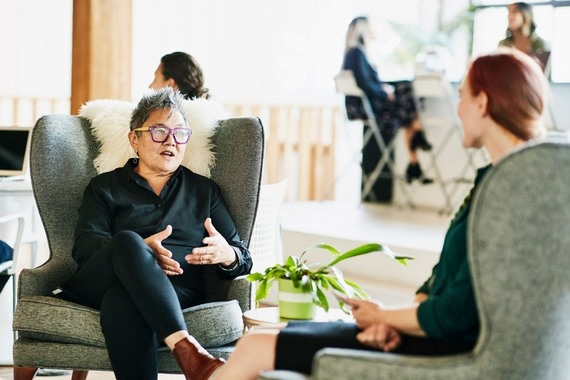 Make negative feedback work for you because you can’t avoid getting tough criticism sometimes. Instead of trying to prevent it, try these simple strategies for finding the silver lining.

At its core, feedback is meant to be helpful. In practice, receiving feedback is stressful. We dread those annual reviews. Once the day arrives, we tense up, our palms sweat and our hearts start to race.

It doesn’t stop at the physiological responses either — we put up mental barriers, too. As reported by the New York Times, organizational psychologist Adam Grant says that when we’re confronted with negative feedback, our ego is so threatened that our brains limit incoming information. “We regulate to avoid taking in harsh critiques.”

Faced with the prospect of negative feedback, we’ll also change our social habits. According to research from Harvard and the University of North Carolina, people go so far as to avoid colleagues who tend to give them more constructive criticism.

It’s totally natural to fear negative feedback. Dr. Martin Paulus, a psychiatry professor at UC San Diego, says that two portions of our brains dictate how we emotionally process criticism: the amygdala and the medial prefrontal cortex. While the former determines what’s important and helps us form emotional memories, the latter regulates how we react to emotional stimuli, including criticism.

The amygdala also plays a key role in our fight or flight response, which is why receiving negative feedback can feel threatening on the most primitive level.

But luckily, there are ways to translate that feedback into a positive, even performance-boosting experience.

Here, tips for keeping an open mind and extracting the most value from a negative review.

As soon as you catch wind of a client, colleague or manager’s displeasure, take a proactive stance and try to determine what went wrong. When you initiate the conversation, you mentally prepare yourself for the constructive criticism that follows, dampening your body’s fight or flight response.

Not only that, by opening yourself up to constructive criticism, you also help to cultivate an environment where feedback is welcome. As Farnam Street writes:

“The best way to create an atmosphere in which coaching is shared is not to put someone else in the hot seat, but to volunteer to take it yourself. You can encourage others, whether bosses, colleagues, or subordinates, by asking for their observations about your performance.”

2. Slow down and ask questions

There is a lot we can learn from user-generated reviews. Take Yelp, which can be an incredibly powerful tool for businesses looking for feedback on their products or services. At times, it can also feel overwhelmingly negative. The thing is, when people are inspired to contribute reviews, they tend to be emotional, for better or worse. On the other end, as business owners, difficult feedback can really sting.

Your instinct may be to reply immediately, but instead, slow down. As Yelp advises its business users:

“First, read the review. Then reread the review. Reread it again. On your third take, start looking for the value. Ask yourself: What did the customer expect? Why did they expect that? Where was the misunderstanding? Why did that occur? What changes can I make to make sure that this situation doesn’t happen again?”

Wise counsel, regardless of whether you’re in-person or online. Slow down and dig deeper before going with your knee-jerk reaction.

3. Think of feedback as a learning tool

Dr. Baker explains: “A learning orientation is critical for tolerating negative feedback and strongly influences how you give and receive [it].”

Think of constructive criticism like an objective diagnosis — you can use it both to understand what went wrong and figure out how to improve. The more you discover, the better you can evaluate, determine if you need to gather more information and decide on a path forward.

As Bill Gates said, “Your most unhappy customers are your greatest source of learning.”

4. Separate the criticism from the self

It’s easy to mistake feedback for a judgment about who we are — a heavily redlined article can feel like a personal attack on your fitness as a writer. But that’s not helpful. According to Dr. Paulus, it’s crucial to separate criticism from our sense of self. He explains: “Given that even the greatest writers can write bad articles, this will disengage the strong sense of self-injury that often goes with criticism and will make it easier to respond…”

It also removes the emotional impact of negative feedback, which can lead to self-sabotaging rumination, and frees us up to focus on bettering our performance.

5. Remember the success of MIPs

The National Basketball Association dedicates the Most Improved Player (MIP) Award every year to the player who has made the most progress during the regular season. Writing for The Ringer, sports journalist Kevin O’Connor explains that winning this award “often foreshadows a career of sustained success: 16 of the 33 winners were named to at least one All-Star team, including seven of the past 10 winners.”

There is great momentum to be found in acknowledging your need for improvement and dedicating yourself to doing better. Once you start making progress, your momentum will only be renewed.

If you get off to a rocky start with a particular client or project, not all is lost. Take the time to step back, identify the pain point and figure out what you can do to improve.

Even if you can’t win MVP, you can still aim for MIP and garner goodwill and loyalty along the way.

Growing my startup over the last twelve years taught me that it’s normal to feel a range of emotions after receiving a bad review. But it’s also impossible to avoid messing up or performing less than optimal on occasions. We’re human, not robots — shipments get lost, wires get crossed and sometimes we’re just not feeling our best. Our users are humans too, and we can’t control their subjective experiences.

Just consider this Google review of the Great Wall of China: “It was kinda ugly actually … Not enjoyable.”

As the saying goes, can’t win ‘em all.

When you’re inevitably met with some negative feedback, I hope that the above tips can lighten the blow, and help you convert that criticism into something valuable. Just remember: Often, the people who criticize us end up being our biggest advocates — as long as we rise to the occasion and deal with their feedback head-on.

How do you handle negative feedback in your business? Have you developed a specific strategy for negative feedback and to ensure that clients’ concerns are addressed? Let us know in the comments below. Also, if you found our content informative, do like it and share it with your friends.