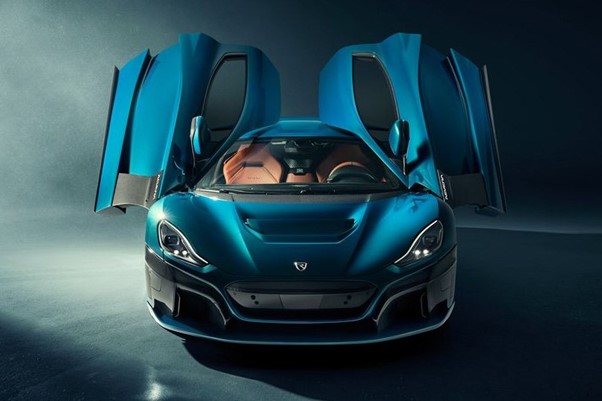 Rimac Automobili announced the Nevera, the production version of the C Two electric concept car that Rimac debuted at the Geneva Motor Show in 2018.

The name of the new car refers to a quick, powerful, and unexpected lightning storm that races across the Mediterranean Sea off the Croatian coast.

“This is it,” said Rimac founder and Chief Executive Officer Mate Rimac of the C Two in a press statement.

“This is the car I had in mind when I embarked on the impossible journey 10 years ago.” Rimac said his eponymous company will deliver 150 units of the $2.4 million hypercar starting this year. He said the car will have 1,914-horsepower and 2,360 newton-meters (1,740 pound-feet) of torque.

With butterfly-style doors, aggressive air diffusers, and an air intake shaped like a cravat along each side, the Nevera combines many design elements found in other electric and hybrid hypercars like the Pininfarina Battista, Lotus Evija, and Koenigsegg Gemera. 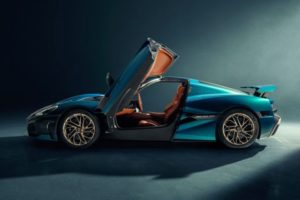 It also incorporates well-proven technologies like lightweight, forged alloy wheels, Brembo carbon-ceramic brakes, and an active rear wing. Inside, the cockpit has room for two; digital screens predominate, with only essential functions left to tactile controls.

New details provided by Rimac claim that the Nevera would beat virtually all comers in performance tests during a period of upheaval in the supercar world.

By comparison, the $3.6 million Bugatti Chiron Pur Sport does zero-to-60-mph in 2.3 seconds; the $1.8 million Koenigsegg Gemera hybrid is expected to do it in 1.9 seconds.

A spokesman said the company will not vie for the top-speed title but did not say it wouldn’t go for a fastest-acceleration record.

“We are already the fastest-accelerating production car in the world … we just haven’t had it officially measured by any organization,” he said in an email, referring to a pre-production prototype Nevera that ran an 8.6-second quarter-mile last week “without launch control and with about 90-95% full power.” 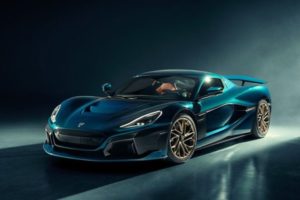 The world record for top speed in a production car belongs to the $1.9 million SSC Tuatara, which hit an average top speed of 282.9 mph in the desert earlier this year.

The announcement comes soon after news that Porsche had agreed to buy more of the Zagreb, Croatia-based company and had already placed its first orders with Rimac to develop high-tech components.

Porsche will invest €70 million ($84 million) to raise its stake in Rimac to 24%, from 15%, the German manufacturer said on March 8. Insiders have said the move could pave the way for parent Volkswagen AG to spin its ultraluxury French Bugatti brand into a joint venture between Porsche and Rimac.

Meanwhile, the 12-year-old Croatian company has been expanding operations at the manufacturing facility where it will build most of the components for the Nevera. In April, it announced it would build a €200 million campus capable of accommodating 2,500 employees, up 1,500 from the 1,000 who currently work at headquarters.

Production on the Nevera has already begun, the spokesman said. Deliveries will start by the end of 2021.

What is your view on the Rimac Nevera electric hypercar? Do you think there is a global market for such a hypercar? Let us know in the comments below. Also, if you found our content informative, do like it and share it with your friends.