How To Build Dealership Relationships 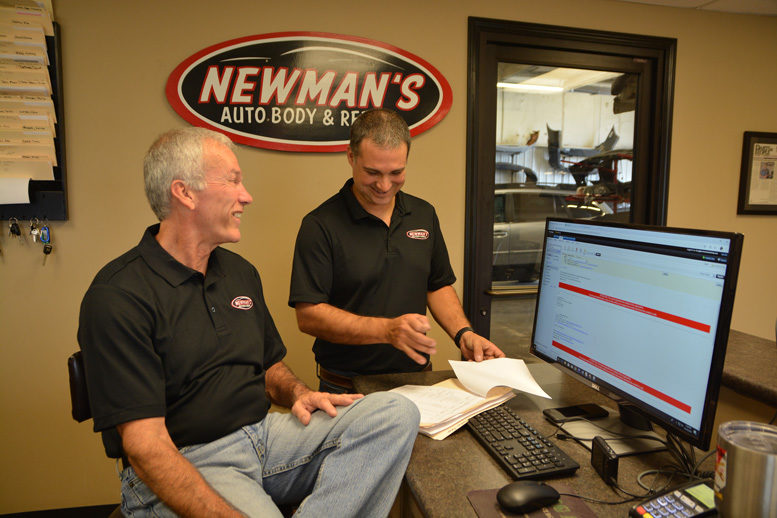 How to build dealership relationships is important because leveraging partnerships with local dealerships can generate massive business and a consistent income stream for your shop.

“I went into lots of different shops,” Newman says. “I saw goods and bads. And I went into a lot of bad ones. The offices and seeing how things were run—they were not inviting.”

That’s when the wheels began turning for Newman. He began to learn painting on the side, then restoration work—all from his home. His father, Doug, a dealership general manager, also served as a source of inspiration for Newman.     He began looking around for property to purchase, and working with the Kansas Small Business Administration to go through the process of working with banks and acquiring loans, and eventually, after a few false starts, purchased a former agricultural supplies store and its property, located on a highway frontage road just just down the street from two dealerships. Newman’s Auto Body and Repair was born.

That dealership part is key, though. Why? Because those two Olathe, Kan., dealerships didn’t have body shops.

Armed with his dad’s guidance and dealership knowledge, Newman had a very specific plan in mind from the start: eschew DRPs and cater to those two dealerships, all with the goal of having them send repair work his way. And, five years later, with a $1.8 million, eight-employee, 5,000-square-foot shop, that’s exactly how he did it.

At the time that Newman purchased his shop, he had a few factors working to his advantage: he had the knowledge built up from turning around the jobber store, the guidance of his father, and, more than anything, the restoration jobs he and a full-time technician worked on from his house. That restoration work, in particular, was crucial. It allowed work to flow in from the beginning—big jobs, no less.

“I already had the restoration stuff going, so that helped me get money right off the batt,” he says.

Newman always knew that he would phase that type of work out of his business (those jobs took too long and took up precious space on his five-bay shop floor), but in the meantime, it allowed him to further grow relationships with those customers and come up with a thorough plan to attract new customers without worrying about a lack of customers.

Here’s the beauty of Olathe: it has the feel of a small town. At a population of 137,472, it has a sizable customer base, to be sure, but as a lifelong resident, Newman had a big network. He grew up in Olathe, went to college there, and ran a local business for years. So, luck would have it that when Newman began to think about poaching the business of the dealerships up the road, one of his best friend’s fathers was good friends with the general manager.

But this isn’t a tale of supposed nepotism. In fact, Newman didn’t even have his friend’s father give the GM a subtle poke until two years in.

Instead, Newman walked into both dealerships with a simple pitch: give his shop their used car work and he’d guarantee that work would be pristine. Plus, he would order parts from their parts department in return.

“I’d say, ‘We’ll do a good job. I won’t be the cheapest guy, but I’ll do a better job than the guys you’re using. And, down the road, I hope you use me for the retail stuff,’” he says. “I knew I wouldn’t make money on this work, but I hoped to get retail work eventually.”

But that pitch was only part of how Newman approached the dealerships. Sure, he had an intriguing proposition, but he also wanted to be memorable. So, he brought with him a brochure outlining his shop’s story and a photo of his family, including his wife and daughter. The goal? To show that he was a caring individual and a member of the community that would take his offer seriously.

The dealerships said yes—tentatively. So, Newman got to work capitalizing on those jobs.

Today, 50 percent of Newman’s car count is work sent to him from three dealerships. But that transition from retail work didn’t happen overnight. In fact, it took a year or two until the dealerships even began to send in a trickle of work. Newman had to prove himself first, just as he outlined.

“Doing their used car stuff, the sales manager came up and thanked me and said, ‘It makes it easier for us to sell these cars, because you can’t tell there’s work that’s been done on it. Other people’s work looks bad,’” Newman says.

That built trust, and that trust eventually transitioned into profitable work, which slowly began to snowball. In his first year of business, Newman’s shop pulled in $700,000 in sales. From there, it increased yearly over the next five years to the $1.8 million in revenue it produced in 2018. This past year, he acquired the business of a third dealership, and one of the previous dealerships added two new car lines, further upping the amount of business sent his way.

That steady stream of business, by the way, is the reason why Newman never considered DRP work.

“Right when I came in, I sent stuff to insurance companies to drum up business because we were small and nobody knew about me,” he says. “But since we got busy, nothing against them, if we’re as busy as we are without them, I’d rather not do that. It’s better when customers want to bring me the car.”

Maintaining those relationships, however, isn’t auto pilot. It requires work, and here’s exactly what Newman does:

“I make sure I’m involved with them and make sure they don’t have customers that aren’t happy,” he says. “I will run over and do an estimate while I’m there to make it as convenient as possible for the customer. It’s really like we’re their body shop.”

“We’re just easy and honest with people,” he says. “We do what we say we’ll do. I’m really picky and I think that helps a lot. I let the customers know that. I’d rather the guys get mad at me about a re-do so the customer never finds out.”

On the long and narrow shop floor, he added as many garage doors as he could (in his case, four) and switched his techs to hourly and salary pay so that they all work together as a team. That means he emphasizes processes, with his dad serving as a quality control check, ensuring the initial teardown is complete, parts are ordered correctly the first time, and supplements are limited.

He also sticks bigger jobs in a bay where the vehicle won’t need to be moved, allowing smaller jobs to get out of the shop quickly.

In the near future, Newman plans to add an additional 1,200 square feet so he has an additional detail bay and more shop floor space, but notes that he has “no desire to get big and crazy.”

Main Image: Front-line stories from the industry’s brightest leaders, and how they built the businesses we’ve come to admire.