The Road To Electric Cars 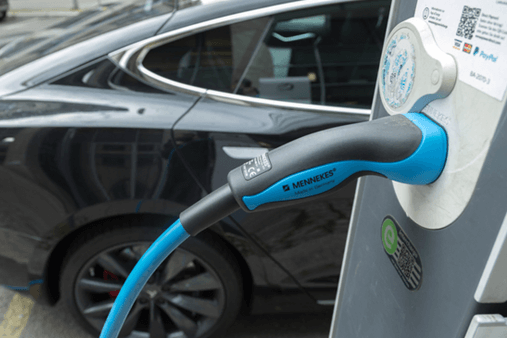 The road to electric cars will not be a smooth ride with Eskom struggling to provide continuous electricity and SA’s small market size.

Eskom notwithstanding, the future of motoring is electric. Global manufacturers operating in South Africa are speeding up preparations for the mass introduction of electric modes of vehicles with renewed optimism.

But it will not be a smooth ride. In a briefing to the National Council of Provinces (NCOP) Select Committee on Trade and Industry, Economic Development, Small Business, Tourism, Employment and Labour, one of the challenges identified in the motoring sector is the country’s small market size, less than 0.6% of the global market.

Add to the mix the dearth of empowerment in the sector and the fact that fuel-driven cars are contributing to the destruction of the climate.

The Department of Transport’s Green Transport Strategy for South Africa (2018-2050) showed emissions from the transport sector makes up 10.8% of the country’s total greenhouse gas emissions(GHG), with road transport being responsible for 91.2% of the GHG emissions.

As a result, the department has pledged to reduce GHG emissions and contribute to the reduction of South Africa’s total emissions by committing to a 5% reduction in the transport sector by 2050.

In addressing carbon footprint reduction, the sustainability of the sector is key, with various initiatives under way to address the challenges around energy-efficient vehicles – and job creation. Electric cars and a new energy vehicle policy appear central to these developments while not discounting the current impact of Covid-19 on the industry.

Mkhululi Mushi, Chief Director: Automotives Unit, Department of Trade Industry Competition (DTIC), during the presentation on the Automotive Master Plan in the NCOP last month, expanded on what is coming but said details of the plan, which includes a new energy vehicle policy, among others, are yet to be resolved with various work streams currently on the go.

But he warned that while the regional market has major potential for South African-produced new vehicles, it was being undermined by the lack of a common automotive regime and pre-owned vehicle imports.

Currently, Mushi said the average vehicle local content was low at about 40%, but the DTIC wants to increase it to 60%. Stricter emission standards in the major export markets means that South Africa has to move quickly to greener engines, or it would lose customers. There was some but not sufficient growth of telemetry and a movement towards autonomous vehicles, he added.

But there would seem to be no shock ahead from the motor manufacturing industry when it comes to preparing South African motorists for an electric-propelled future – regardless of Eskom’s failure to keep lights on. But the lesson from Eskom should spur the government to provide incentives for ordinary South Africans to be able to afford these vehicles.

The Green Transport Strategy says currently, the market share of electric vehicles in South Africa is minimal (approximately 700 vehicles). But this number is expected to grow exponentially to make a meaningful contribution to reaching GHG reduction targets.

Given the fossil fuels associated with electricity production and the pressures on South Africa’s electrical power generation and distribution systems, electric vehicles should preferably be charged via renewable energy, and in future, may even assist as back-up power sources to households and grid feed through their batteries. Solar power is responsible for very low GHG emissions (primarily associated with the manufacture of photovoltaic cells).

In order to radically boost the uptake of electric vehicles, the DoT, the DTIC and National Treasury will consider offering producers of electric vehicle manufacturing incentives to both produce and sell affordable electric cars for both the local and export markets.

Work will be undertaken with local research institutions to conduct research on batteries for electric vehicles, while national, provincial and local government departments and authorities and the automobile industry will set annual targets for the uptake of electric and hybrid electric vehicles in the government vehicle fleet.

Research by the South African National Energy Development Institute (SANEDI) shows that despite the higher up-front cost of an electric vehicle, its lifetime cost is less than that of a conventional car as a result of the inexpensive electrical (solar) refuelling. Secondly, with increased demand and production, and the advancement in battery technology, the high up-front costs will come down.

ANC Northern Cape MP Mosimanegare Mmoiemang said the DTIC needed to talk to the small suppliers or examine whether there was a targeted approach to bringing small suppliers on-board since most had limited administrative capacity, access to funds or skills.

“The DTIC had to show a will to ensure that the automotive vision and objectives were pursued and had the will to confront the inefficiencies of structures and systems.”

But probably a more contentious point comes via the committee chairperson Mandla Rayi, who wondered whether the plan was underpinned by job creation, as well as its links between the Master Plan and the Motor Industry Development Programme (MIDP) and the Automotive Production and Development Programme (APDP).

“It seemed that the MIDP and the APDP were not particularly different from the Master Plan, so there did not seem to have been much progress since those earlier programmes, 2035 was too far in the future. The Re-Imagined Industrial Strategy was about creating jobs immediately, not in 2035. When one saw what had been achieved, it seemed that it was still a process.”

Rayi said the Master Plan was still talking about building a component industry; currently, the components being made were just small things. The German vehicle makers, for example, probably would not want even the carpets for the vehicles made locally. Even managing directors came from Germany when a replacement was needed. He doubted whether they would want any components made locally.

In response, Mushi said new energy vehicles would be electric and hybrid vehicles and that the DTIC was working with the Department of Transport and the Department of Environment, Forestry and Fisheries on the Green transport strategy.

The DTIC was focusing on policy support to allow new energy vehicles on the road.

He said the issue of alignment of policy was important and so that sector included the Department of Science and Technology and some educational facilities, for example, the University of Nelson Mandela has inherited the machinery used by the country’s failed project by Optimal Energy to develop South Africa’s electric vehicle.

The NCOP also heard that the DTIC and Eskom are looking at the impact of electric vehicles and one proposal was smart meters that would allow for the charging of vehicles during off-peak periods.

Main Image: The future of motoring is electric. Global manufacturers operating in South Africa are speeding up preparations for the mass introduction of electric modes of vehicles with renewed optimism. EPA-EFE/ALEXANDER BECHER

What is your view on electric vehicles for the South African market? How far behind the rest of the world is South Africa? Let us know in the comments below. Also, if you found our content informative, do like it and share it with your friends.