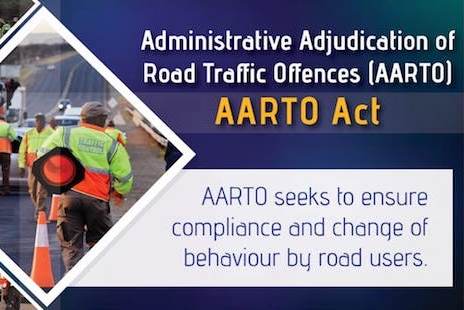 The Road Traffic Infringement Agency (RTIA) is experiencing implementation problems with SA’s new driving laws as details of the planned rollout are still lacking. It is becoming increasingly urgent for the government and RTIA to inform the public of exactly what the process will be.

The Automobile Association (AA) says too many motorists are in the dark as to what will happen on July 1, if anything, and how the introduction of the system will impact on them.

The Department of Transport has committed to the phased rollout of the Administrative Adjudication of Road Traffic Offences (Aarto) from Thursday (1 July), but there is a lack of clarity around the new system and exactly what will be implemented.

The wide-reaching nature of the rules and demerit system will fundamentally change driving in South Africa, with concerns that there are no details around the system just two days out from its supposed launch.

While transport minister Fikile Mbalula has previously committed to a July start date, as of Tuesday morning (29 June) no gazette or announcement has been published by his department or other transport authorities regarding the implementation of the new rules.

In response to queries, a spokesperson from the Road Traffic Infringement Agency (RTIA) said that preparations for the Aarto are still underway and that a number of issues are still being considered by the relevant authorities.

An announcement would be made either on the day or close to it – but it was not possible to provide further details at this time, he said.

Civil society and motoring groups are not happy about the lack of clarity and say that the new rules will almost certainly fail.

Outa said that the rollout has not been properly planned, there is a pending legal challenge against the system due in court in October, and the agency charged with implementation has refused to provide any information on readiness.

The group noted that the system also does not have an official start date – despite statements made by the government.

“The legislation which sets up the driver’s licence demerit system has not yet had an official start date gazetted.

“This means if it is expected to start on 1 July 2021 as Minister of Transport Fikile Mbalula has previously claimed, it will be a last-minute authorisation,” it said.

“Last-minute is not the way to start such a complicated and bureaucratic process, particularly as this relies heavily on failed systems like municipalities.”

The group added that the planned demerit system was set up in the Aarto, but that section of the Act was never rolled out, with no clarity as to when this will be introduced.

Similar concerns have been raised by the Automobile Association (AA), which says too many questions remain unanswered.

The association said among the issues which have not been clarified is whether or not motorists will, from 1 July, be receiving Aarto infringement notices, or if they’ll still be receiving the standard fines as is the case currently.

During that briefing, Moemi said phase one of Aarto would commence on 1 July. There will be five phases in total, he said.

According to the DG, phase one entails “setting up the registry and all requirements, ultimately working towards the introduction of a demerit system”.

However, the AA is it remains unclear what this exactly means, or if this means Aarto will be implemented come 1 July at all.

“Communication on the roll-out of Aarto appears to be happening in the media with the Department of Transport not speaking on the matter at all,” the association said.

“All of this is creating huge confusion among motorists throughout the country who are unsure if the legislation is or is not coming into force next month.”

“Within this context motorists are being told that Aarto will be ‘implemented’ on 1 July, with few people, if any, any wiser as to precisely what’s going to happen. Not only is this unfair on motorists, but it again casts doubt over the RTIA’s ability to effectively implement the system once it actually becomes law,” the AA said.

What is your view on the roll out of the new AARTO system? Do you think it will have any impact on road safety and reduce road fatalities? Let us know in the comments below. Also, if you found our content informative, do like it and share it with your friends.