Scanning And The Calibration ‘Domino Effect’ 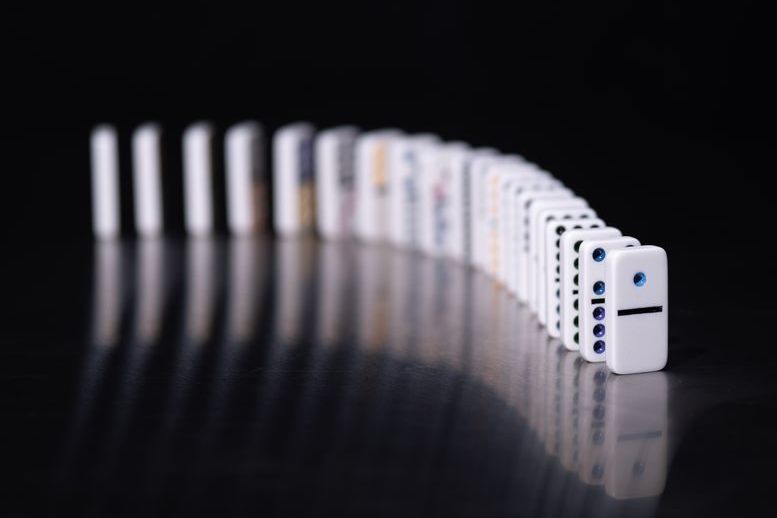 The concept of scanning and the calibration “domino effect” refers to the fact that because there is no code doesn’t mean scanning won’t lead to further calibration work required.

Pre- and post-repair scanning is becoming ever more the standard in collision repair.

Data from the 2021 FenderBender Industry Survey, conducted by ADAPT’s sister publication, found that some 68 percent of responding body shops said they “always” perform both scans to every vehicle that comes through their doors. Another 27 percent of shops said they do so only when required by OEM repair procedures, while 2 percent said “never,” with another 3 percent saying they only did so for structural damage.

Scanning as standard procedure at nearly 70 percent of shops is a positive development in terms of getting repairs right, and doing so more efficiently.

Just as some faults require a scan because they won’t show up as lit dash lights, though, not all needed advanced driver-assistance system calibrations will show up via scan.

That’s according to Vinie Putrino, a lead ADAS technician with Autel. He says an absence of codes is not an excuse to not calibrate, and that understanding the physical interconnectedness of ADAS will help techs avoid getting caught up in a “domino effect.”

“You can do one thing and something else has to follow,” he says. “And sometimes that domino effect isn’t signified by a trouble code or any scan a technician may do. They have to know based on what they’re doing that they may have to follow up with something else.”

For instance, he says, some repairs may require the removal of a radar sensor. Most techs can do that work with the vehicle’s ignition off, he says, but the mere fact that they moved that sensor around should result in getting a calibration for the radar.

“Just because there’s no code, that doesn’t mean that there’s no work to be done on a car,” says Putrino.

While the complexity of the calibration process is a barrier to entry for shops, as evidenced above, the ever-growing number of ADAS-equipped vehicles is likely to force repairers to change.

How do you handle scanning and calibration in your shop? How do you think technology will continue to impact the collision repair industry? Let us know in the comments below. Also, if you found our content informative, do like it and share it with your friends.