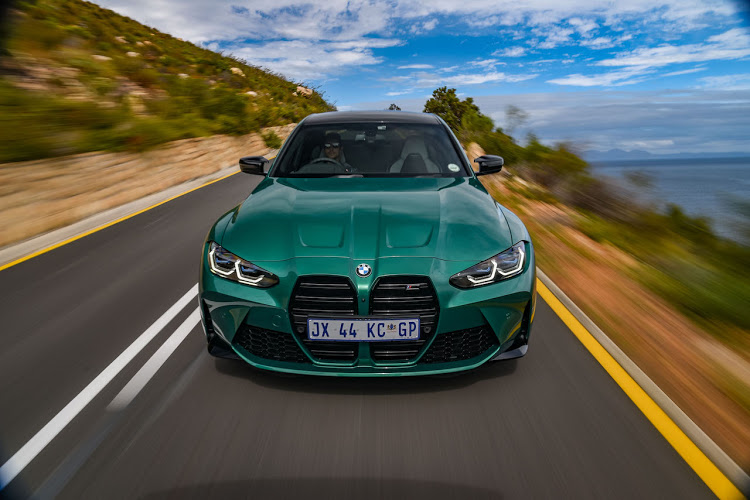 The 2021 BMW M3 compared to its predecessors veils a wild streak with refinement because it is markedly softer, in sound, texture and all-round character.

The recipe for the iconic BMW M3 has evolved considerably in its decades of existence.    From starting out as a two-door-only, four-cylinder-powered homologation-special for competitive pursuits, the appeal broadened in subsequent iterations.

There were four-door variants, convertibles and there was potential for a wagon format in the E46 too – as cruelly promised by a concept that never materialised in series production.

You might remember some years back that BMW also did a pick-up version of the E30 M3 in the spirit of April 1 jesting. There was even a stubby-tailed Compact body M3 in the E36 series that BMW built as a one-off.

Then the F80 M3 came around in 2014, reverting to a six-cylinder, in-line heart. And with new naming convention: the coupé and drop-top followed the tune of the 2013 4-Series, applying the moniker of M4. 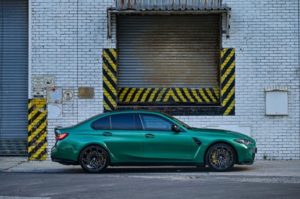 The latest expression of the contender, dubbed G80 in M3 guise and G82 in two-door configuration, is not a radical departure from the point of its predecessor. Oh, and before we forget, BMW did release a teaser image of Touring (estate) body-style. But maybe we should wait to see that one in the metal before getting excited.

The new M3 and M4 are still packing six-cylinders and a pair of turbochargers, while the displacement is marginally greater (2,993cc vs 2,979cc).

Our market also gets the M3 and M4 with the Competition package by default, unlike before. That means a total output of 375kW and 600Nm of torque. A substantial jump: the old Competition made 331kW and 550Nm – the torque figure was unchanged from the standard car.

The old car had an underlying sense of waywardness that was omnipresent. Around town, its battle cry was barely stifled, even in the meekest driving setting. The suspension was unapologetically firm, despite the presence of adaptive dampers. The seven-speed, dual-clutch transmission was on the clunky side. Even the handbrake had quite a weight to it. 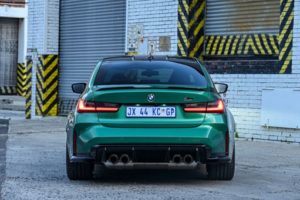 Personal note: this representation of the M3 and M4 was particularly special to me, as my first exposure to the lineage. I still remember the launch at Kyalami, where DTM driver Bruno Spengler treated us to hot laps. I also remember extensive seat time in special edition versions like the CS, GTS and DTM Champion Edition.

The handbrake in the latest car is electronic. And it has also swapped the dual-clutch out for an eight-speed, torque-converter automatic. That makes it more agreeable in traffic. It is significantly quieter – yes, despite there being a little button with an exhaust pictogram on. That frenetic, metallic rasp of before, replete with obnoxious popcorn noises on overrun, is well and truly gone.

Admittedly underwhelmed after about 10km, my thoughts had gone to the prospect of the forthcoming all-wheel drive version.

Is that really necessary, when this feels so tame and well-mannered? But it was unfair, of course, to gauge the full sense of the M3 after a short stint to the grocery store.

A more spirited session on quieter outskirts revealed that, even though it has taken etiquette lessons, the new M3 still has the potential to rip your hair out. 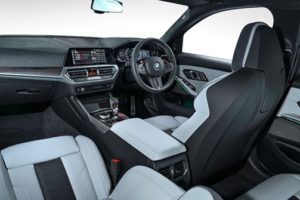 Bring on the red mist via the M Dynamic Mode 2 button on the right of the steering wheel and the knife-edge character of the former beast comes to the surface, from beneath all that additional insulation and muzzling.

Under full acceleration, its rear tyres are lit-up in the first three gears of the transmission. Truth be told, I opted out of the M Dynamic Mode settings after this and went back to basic Sport Plus with the electronic aids on complete alert.

Overtaking in rapid, finger-snapping spurts and reeling in the horizon at a rapid rate of knots remains a forte for the M3.

At the rear, 285/30/R20 wheels transmitted power faithfully through corners, but occasions where the stability control light flickered on the instrument cluster reminded that this is still a car that requires full attention and wits when driving spiritedly. The front axle uses a 275/35/R19 combination.

All grown up, but still a fearsome performer, the G80 M3 does justice to the lineage. A certain group of enthusiasts is likely to take heart in the relatively “traditional” nature of its formula, seeing that the next instalment of its direct rival, the Mercedes-AMG C63, has gone the downsized and electrified route.

What do you think of the new BMW M3? If you were in the market, would you consider buying the new M3? Let us know in the comments below. Also, if you found our content informative, do like it and share it with your friends.