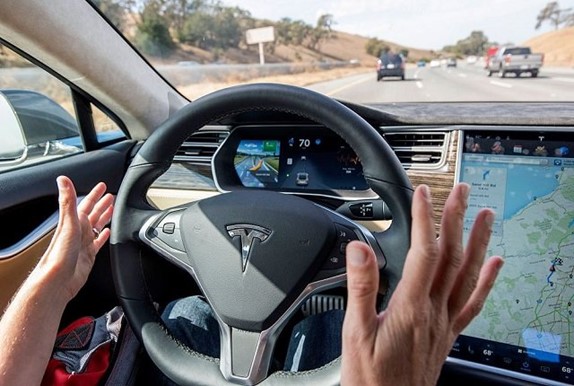 The Department of Transport says that it plans to introduce new self-driving vehicle regulations in South Africa, as it expects autonomous vehicles (AVs) to become a reality in the country in the not too distant future.

In its strategic performance plan for 2021/2022, the department said that these vehicles will move on streets with little or no control by humans.

It added that autonomous vehicles could solve a number of mobility issues for the country – including road safety, social inclusion, emissions and congestion.

“Government is putting in place policy, legislation and strategies to take advantage of the benefits associated with AVs, while also minimising risks and unpremeditated consequences,” it said.

“The new policy, legislation and strategies should provide a welcoming environment for testing and development of AV technology.”

The department said it must ensure it’s in a position to rapidly respond to the regulatory challenges posed by emerging technologies ‘to ensure their safety, affordability and accessibility’.

To do this, it will look at strengthening its research capabilities, particularly with regard to safety research and innovation while maintaining close connections with the larger research community.

“The department’s desired outcome in this space is to ensure that South Africa, as part of the global world that is impacted by these technological advances, becomes more supportive of these beneficial technologies that will ultimately improve efficiencies in the transport space,” it said.

Regulations around self-driving cars have come increasingly under the spotlight in recent years, as models from Tesla and other vehicle manufacturers gain in popularity.

In April, Bloomberg reported that US lawmakers are pushing to allow vehicle manufacturers to produce more autonomous vehicles as part of the country’s trade battles with China.

The lawmakers want the National Highway Traffic Safety Administration to be able to exempt 15,000 self-driving vehicles per manufacturer from human-driving safety standards, a number that would rise to 80,000 within three years.

Currently, US automakers can produce 2,500 Self-driving vehicles for testing only. However, not all of the regulatory news has been positive, and some questions around self-driving cars still exist.

Last month, US agencies launched probes into the fatal and fiery crash of a TeslaModel S in Houston that killed two people -with no one behind the wheel.

The fatalities come at a critical time for Tesla, which has rolled out a feature it markets as “Full Self Driving” to scores of customers that are beta testing the technology in advance of a wider release.