Communication Is Key To Customer Service 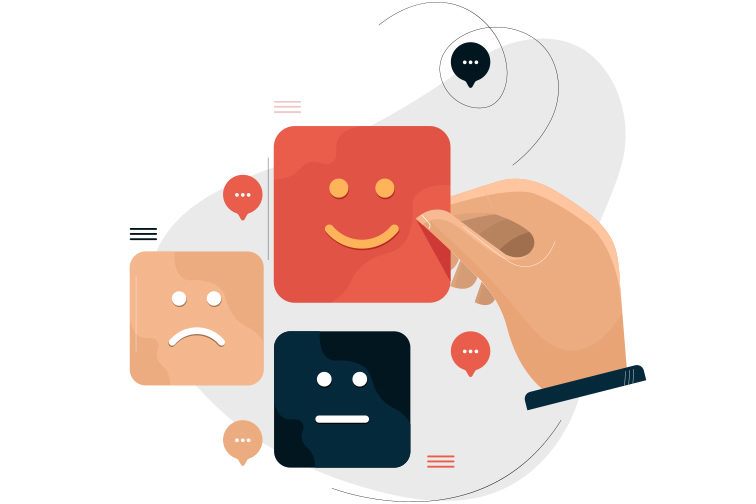 Communication is key to customer service and comes down to a managed collision repair experience where the customer feels that your shop was the best choice for them.

When it comes to satisfied customers, Dan Dutra, co-owner of Sigs Collision Centers, says service tricks and other small details are just the beginning.

“Putting seats back up, doing the presets on the radio?” he says. “Those are just table stakes in the game of customer satisfaction.”

So what does it actually take to go the extra mile with your customers, ensuring both a strong CSI score and that, should they need body or paint work again, they’ll come straight back to you?

Dutra, whose three shops, located on the Hawaiian island of Oahu, generate around $1 million total sales per month, says customer satisfaction comes down to a managed collision repair experience.

He coaches his employees to make the case that Sigs Collision is a customer’s best option for a safe and proper repair, while also managing that customer’s expectations.

“Our philosophy is really to wrap our arms around the customers and make them feel that this was the best choice for them, and to establish trust,” he says.

Customers to collision repair shops aren’t often familiar with the collision repair process. That’s why, years ago, Dun Dutra, the co-owner of Sigs Collision Centers in Hawaii and a proponent of clear communication as the bedrock of his customer service, created a comic-style explainer of how repairs work.
The cartoon handout, titled “When Will My Car Be Ready?” explains the process from estimate to delivery.

Dutra, who comes from a sales and service background in the paint industry, says his customer service philosophy is based, in part, on the emotional bank account, a concept created by Stephen Covey, author of The 7 Habits of Highly Effective People.

In essence, being customer-focused right off the bat during repairs will make deposits into a customer’s emotional bank account. That builds up a balance, so when there are unforeseen events during a repair, and you need to make a withdrawal from the account—in terms of perhaps inconveniencing that customer—there won’t be an overdraft.

“It’s so important on the front end to respond, communicate, follow up on phone calls,” Dutra says. “Make sure they trust that they are making the right decision. … Once you set the expectations, you have to follow through.”

Helmuth Mayer, who owns five Maaco franchises in the Dallas-Fort Worth area, and is the recent winner of the company’s North American Syl Young Award, considered the brand’s highest recognition, says he coaches staffers to treat customers in a similar way—as individuals.

Part of that strategy, he says, grows out of his years as director of strategic initiatives and ops services with Dave & Busters, the arcade and sports bar.

“For me, it taught me a lot about how to treat that individual customer, how to deal with issues on a one-on-one basis, how to work and coach employees to really deal with the one-on-one customer.” says Mayer, who argues Maaco’s retail approach to collision repair and paintwork gives him the opportunity to cater to people, instead of insurers.

Service From Beyond the Shop

Helmuth Mayer, the owner of five Texas Maaco franchises, who also worked in the entertainment and healthcare industries, says looking outside of collision repair can help employees understand customer service shortcomings.
“I always have them review their own performance in a tough situation they’ve experienced in our shop,” he says, explaining he asks the employee in question to imagine how the same situation might have played out at a Chick-fil-A, an In-N-Out Burger, or Nordstrom.
“It’s a very eye-opening concept,” says Mayer, noting that employees react better to remembering quality customer service they’ve experienced, rather than being told what to do.

From the starting point of philosophy, how does this customer-focused approach actually work?

Like Mayer, Dutra says his employees—he has a dozen who are customer-facing across he and his partner’s three shops—are coached to have specific interactions with customers.

That coaching, he says, is built off hitting customer service index goals, to which financial incentives are attached.

“They have to hit the CSI scores before they get Dollar One in bonus,” Dutra says, adding he’s created a system so employees have the tools needed to reach their goals.

Since CSI is such an important performance indicator to insurance companies—”it’s a game we have to play,” says Dutra—employees at Sigs Collision have been coached to go on and coach customers about giving the shop top scores.

All Sigs front office employees are trained to bring up the CSI survey three times with customers: during the estimate, vehicle drop-off, and delivery. Dutra says clients are told the shop is seeking a perfect score, and if the shop has faltered somewhere in the process, that customers should say how that can be corrected.

Should all go well (or mistakes are corrected), Dutra says that by the time a customer’s vehicle is delivered, he or she usually has fully absorbed the message.
“‘Yeah, yeah, yeah I got it, all 10s,’” he imagines the customer saying. “You guys are awesome.”

Dutra points out that Sigs Collision, early on in the repair process, instead of giving customers promise dates, gives them target dates, which have some wiggle room built in. He says the target date comes after teardown, and that employees will call customers once a vehicle has made it to paint to nail down that promise date.

Even if something should alter the promise date, Dutra says enough deposits should have been made to the customer’s emotional account to make it not an issue.

When it comes to scores or ratings at Mayer’s shops, whose sales grew 40 percent to $6.5 million in 2020, he tells employees to choose one customer per week with whom they’ll pursue something above a 5-star review, in an attempt to create what he terms a “6-star mentality.”

“If you can do it with one extra customer per week, at every store per week, those are the folks who will stand on the mountain top and talk about your good service,” he says, noting he’s given employees a budget for going above and beyond in those select situations.

That budget can be used for extra bottles of water in a car upon delivery, or a free Uber rider for a customer who’s without their vehicle, he says.
Dutra’s extra mile is communicated to customers on a handout that reminds them of the importance of that CSI score. The note says, paraphrased by Dutra, “If at any time you feel you’re not getting the answers you need, please call me personally and I’ll get it resolved.”

He says he gets a call once every two or three months, and says, considering his shops’ car counts of up to 300 per month, “that’s not bad.”

An idea that Dutra says flows throughout his shops, that touches customers but also insurance agents and his own employees, is a saying he coined a couple years ago.

He adds he likely plagiarized it from multiple sources, but he did put it into his own words: “The success you’ll achieve in any relationship is directly tied to your ability to communicate accurate, honest, and timely information.”

Do you communicate enough with your customers, ensuring that they believe your shop was their best option? How do you ensure a customer is left feeling they received an amazing experience at your shop and would like to return for any future repairs? Let us know in the comments below. Also, if you found our content informative, do like it and share it with your friends.