Telematics for Repair and Service Shops 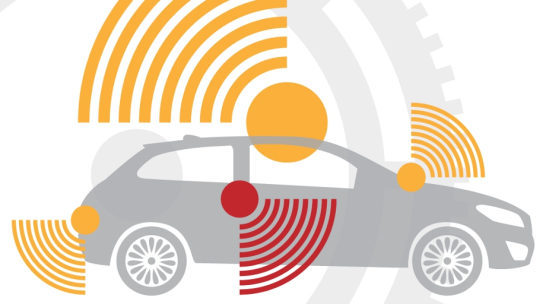 There is a massive opportunity for repair and service shops to use technology like telematics to access a target audience, and market their business.

Sandeep Kar presented a map of the Toronto area as an example. The animated, computer-generated image showed dots representing cars, which increased as the morning rush hour began.

“You can see at the bottom near the lake, there is an area that has a red dot, which means there is a high vehicle density,” Kar said.

If those data show peak traffic at a certain intersection at 9:05 a.m., wouldn’t it make sense for an automotive repair shop in the area to advertise on a digital billboard in that place at that time?

Kar presented as part of the recent AASA Technology Conference, a multi-day virtual event from the Automotive Aftermarket Suppliers Association. The event featured industry leaders discussing the latest in technology that affects all sectors of the aftermarket.

Kar is the chief strategy officer at Fleet Complete, which provides telematics and tracking services to fleet owners. As reported previously, commercial fleet owners are leading the way in the use of telematics, which is tech that will become increasingly important for the light-duty, everyday vehicle market. In his presentation, Kar made a good case in connecting telematics to useful opportunities for repair shops.

Kar says that his fleet clients want the same benefits from telematics solutions.

“The future is prescriptive,” he said. “Based on an average factor of operating, you can now prescribe certain solutions for the vehicle owner, so that the vehicle can maximize utilization, uptime and safety of the vehicle while reducing downtime and carbon footprint and many other things.”

In addition to his map of Toronto, he featured a map of North America that showed where the most hard braking events occur. Hard braking is an event that most telematics systems register, and it means that the driver slammed the brakes more intensely than a normal stop.

A brake servicer might position their shops in those areas. In a more real-time scenario, that data could lead a service shop to stock up on brake parts when hard-braking events spike. When accounting for the vast amounts of data that telematics-enabled vehicles produce, there are clear advantages for repairers and servicers.

Kar says that in 2015, 19.5 million commercial vehicles subscribed to some kind of telematics service. By 2025, that’s estimated to be 63.5 million vehicles—more than triple the 2015 figure, he said.

OEs are loading those capabilities into a growing number of new light-duty vehicles as well, even before the full potential of telematics is realized.

“I would say that 80 percent of all new vehicles, passenger vehicles or commercial vehicles, are factory-fitted with telematics hardware,” he said.

There are many use cases—and companies and markets to sell products—that will spring from telematics. Usage-based insurance is one such phenomenon. Real-time traffic conditions is another. Kar says that one could imagine stronger predictive maintenance, real-time road hazard warnings and much more to be a part of that future.

“Over 100 different types of data are coming out of connected vehicles today,” he said.

Kar says that dealers are already prepping for that scenario. His research showed that in 2015, connectivity technologies accounted for anywhere between 0 percent to 3 percent of dealer revenues. By 2025, that’s expected to grow to up to 15 percent, backed by an already strong segment for afterket service and parts through the dealership.

Do you think using technology like telematics have a future in marketing? If your shop had access to (anonymous) real-time performance data from thousands of vehicles in your area, what would you do to capitalize? Let us know in the comments below. Also, if you found our content informative, do like it and share it with your friends.