Why Are Consumers Rethinking Electric Vehicles? 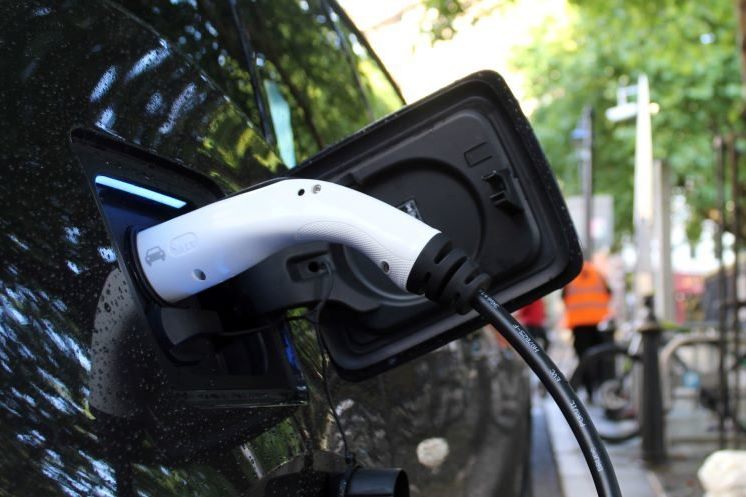 Why are consumers rethinking electric vehicles that seem to have a bright future, and yet present day consumers seem to have put their EV plans on pause?

Competition among automakers is heating up as plans for new models designed to rival Tesla or the Mustang Mach-E are unveiled at a steady clip, and pockets of charging stations are slowly rolled out.

According to Deloitte’s 2021 Global Automotive Consumer Study, 74 percent of U.S. consumers are currently looking for a traditional internal combustion engine (ICE) in their next vehicle, while just 26 percent are considering alternative engine solutions down—a figure that’s dropped 15 percent since last year when 41 percent of U.S. consumers had been eyeing an EV as their next ride.

So why exactly are U.S. consumers hesitating to invest in EVs and what could that mean for the emerging market down the road? In this interview, Ryan Robinson, Deloitte’s global director of automotive research, offered insight into the broader trends. This interview originally published in Ratchet+Wrench.

What are the factors currently driving consumer interest back to ICEs?

In this study we found that, at this moment, U.S. consumers are shifting their immediate focus back to traditional gasoline or diesel vehicles. Nearly three quarters of respondents said they intend to buy a gasoline or diesel vehicle for their next car purchase, which was a surprise because that interest has been declining for the past three or four years, which conversely means that interest in alternative propulsion technologies (like hybrids and EVs) had been on the rise.

What this really stems from is the financial fear that so many are facing coming through this pandemic. Having just come out of an unprecedented year where consumers rightfully have a lot of anxiety around health concerns and economic issues, financial uncertainty is weighing heavily on a majority of them and it’s projected to shift that buying preference back the other direction, at least temporarily. They just don’t financially feel comfortable and ready to make the investment and are opting for a more comfortable preference at the moment.

What are consumers’ top concerns when it comes to investing in ICE alternatives like EVs?

Obviously, price is big when it comes to investing in anything and you’re facing financial uncertainty, but there were some factors in this study that really illustrated that point.

When we look at the data by age group, one thing that jumped out was the number of younger consumers in established markets like the U.S. that have requested a vehicle payment deferment. One in 10 Americans opted to defer their automotive payment in 2020, but that rises to 23 percent for consumers between the ages of 18 and 34, which is well above the range we’ve come to expect. Naturally, feeling the need for more financial flexibility when it comes to your current payments is going to impact your near-future spending as well.

We also found that of the U.S. consumers who intend to buy an EV as their next vehicle, 73 percent expect or hope to pay less than $50,000 for that vehicle.

Looking at the market, this is where we have to start making distinctions between the hype in the headlines for EVs and the reality facing consumers. There are a plethora of new EV options underway that could potentially sit at the intersection price-wise between ICEs and EVs, but right now there aren’t many options that fall in that price range allowing consumers to get in at that threshold.

So, right now a pivot away from alternatives like EVs is really a reaction to the affordability concerns that the pandemic has created and, and the fact that we’re still waiting for a lot of those new EV launches that could open things up to consumers still need to hit the market.

What could this mean for long-term EV adoption? What would ultimately steer consumers back toward alternatives like EVs?

Globally the market is moving toward and continuing to invest in EVs and as we see more options become available, we’re likely to see those price points open up and become more accessible to consumers, but there are still some concerns around battery charging and security that automakers are going to spend some time educating consumers on.

Generally, the average US driver drives 25 miles a day and people are likely to treat their electric car like their cell phone in that, wherever possible, they’re going to be charging their vehicles at home at night and getting them ready for the next day’s usage.

Current EV battery technology and capacity has well surpassed what the average consumer is going to need, but driving range and lack of charging infrastructure were two of the top concerns noted by U.S. consumers when it comes to investing EVs.

So really it comes down to perception versus reality, but a perceived problem is still a real problem. If your consumers think there’s an issue, it’s real to them and needs to be addressed. If a lot of U.S. consumers are worried that if they invest in an EV, they won’t have the fuel support they need, the next step has to come from the carmakers in showing and telling how they’ve addressed those issues and what that will look like day to day for a driver on the road.

Same thing goes for the connectivity of EVs. We found that 64 percent of U.S. consumers are concerned about the possibility of hacking in cars that are becoming more and more technologically advanced and connected. Automakers are working to address those issues in each model that they’re bringing to market, but the next step of earning that consumer buy-in is going to involve some time and effort spent educating consumers on the steps that have been made to keep them protected. Otherwise those anxieties will continue to linger.

Would you consider buying an Electric Vehicle in South Africa? What is the biggest obstacle for you to buy an electric vehicle? Let us know in the comments below. Also, if you found our content informative, do like it and share it with your friends.