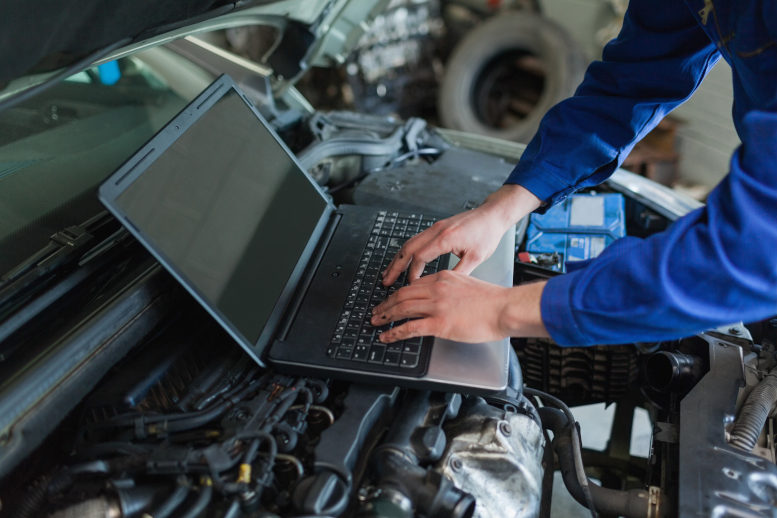 Here is how one shop owner is crushing ADAS calibrations to tap into and generate new income streams and profits for his business.

Ford’s Co-Pilot, General Motors’ Super Cruise, and Toyota’s Safety Sense are just a few examples of advanced driver assistance systems on the road today that technicians need to know how to properly calibrate.

Before the COVID-19 pandemic, Redwood City Auto Body was bringing in $3.5 million per year and turning a profit conducting ADAS calibrations on brands like Lexus, Toyota, Dodge, Chrysler, Jeep, and more.

Alex Kuang, owner of Redwood City Auto Body, says he chose to invest in ADAS calibration equipment because of his shop’s dedication to a complete and safe repair. “There is almost always a calibration to be done,” he says, and that’s why his shop brought ADAS calibrations in-house. ADAS calibrations are easy to miss because they don’t show up as a light on the dashboard, but if not fixed properly, they could cause insurmountable damage to the driver and their vehicle. That’s why Kuang chose to take the plunge. Here’s how he did it.

Kuang says he tries to invest almost all of his profits back into Redwood City Auto Body, and when ADAS features began to get more complex, he knew it was time to invest in the “future,” as he calls it.

First, he says he bought a scanner and a Hunter alignment rack, which set him back about $300,000. “The alignment rack was one of my best investments,” he says, as it saves his technicians time and speeds up the overall calibration process.

According to Kuang, other shops in the area get their scanners through third party services like asTech, but owning his own helps him turn a profit, he says.

Before you invest in ADAS equipment, Kuang recommends researching which brands your shop sees the most to help get a return on your investment.

Kuang says he saved money by purchasing a scanner from Fiat Chrysler Automobiles, which he can use across its brands—Jeep, Chrysler, Fiat, and Dodge, to name a few.

When calibrating ADAS features, Kuang says his technicians run three scans throughout the process: pre-, in-process, and post-repair. By assigning a single technician to follow up with the scans, Kuang says he can better ensure a complete and proper repair.

Once your shop has acquired its scanner, targets, and alignment rack, Kuang says that’s when the real work begins.

Each of his technicians is required to go through I-CAR training, some of which even attending manufacturer training, he says, to keep up with the shop’s I-CAR Gold status. But when it comes to researching calibration procedures, he says it’s not up to them.

Kuang says his technician’s job is to work on the car, not to research. That’s why he researches calibration and repair procedures on each vehicle that comes into the shop. Kuang works long days, sometimes clocking in at 16 hours, but he says he prefers to pull the procedure himself so his staff is getting the best and latest information.

“I’m the type of person, where I don’t care how much time it takes,” he says. “I spend half of my day researching repair procedures.”

Not every shop owner has the time nor bandwidth to look up and pull each procedure, that’s why Kuang recommends OEM1stop. OEM1stop contains collision repair procedures, mechanical and electric information, and position statements across dozens of automakers. Kuang says regardless of who is pulling your repair procedures, OEM1stop is a comprehensive resource with all the information you need, provided you have the time to find it.

Are you performing ADAS calibrations inhouse or do you source that out to a 3rd party? Do you think ADAS calibrations can generate an alternative income stream for your business? Let us know in the comments below. Also, if you found our content informative, do like it and share it with your friends.