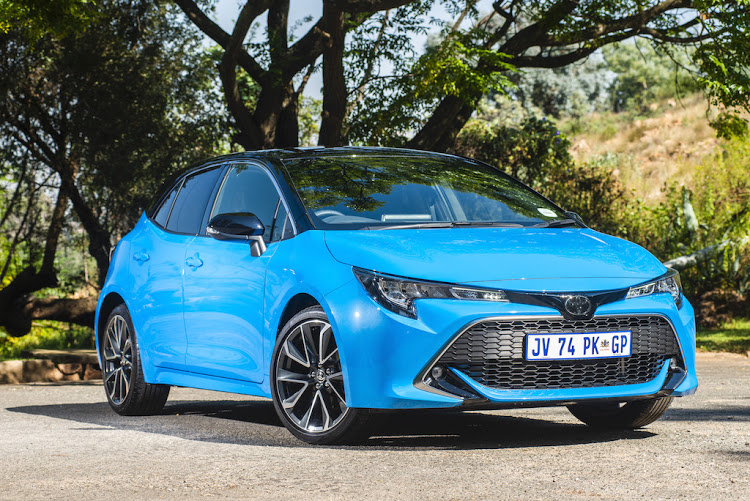 Say hello to the new Toyota Corolla Hatch 1.2T XR CVT Bi-T which joins the team for the next three months for extensive testing and review.

If the “Bi-T” part of its name gave you the impression of twin-turbocharging or some other sporting promise, hang on. That acronym actually marks the inclusion of a two-tone scheme: a black lick of paint on the roof contrasting with the dazzling Caribbean Blue body choice.

A road trip is always a great way to inaugurate the reception of a new vehicle.

And our latest long-term resident of the test garage had a proper opportunity to stretch its legs and lubricate its mechanical cockles over a jaunt from Johannesburg to Margate in KwaZulu-Natal, via Umhlanga.

Being the range-topper, it benefits from a rather dynamic 18-inch wheel choice, complementing aesthetics that are really spiffy. From all angles the Corolla looks purposeful and far removed from the notions of what the nameplate used to mean – an appliance often bought just for the sake of A-to-B mobility. It was the car that my grandfather drove. 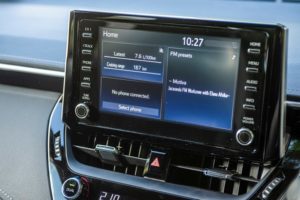 He was proud of his Toyota, like so many Corolla owners around the world are. But the features of the new car would have certainly blown his cardigan off.

That includes driver aids like adaptive cruise control, which made light work of negotiating the N3 freeway. It was only caught off-guard once: driving up Van Reenen’s Pass, it perceived a truck in the oncoming lane as being directly ahead, panicking briefly before resuming its business.

From an inductive charger for a smartphone, to heated seats and a blind-spot monitor, the Hatch is packed with virtually every nice-to-have any modern motorist would want.

The only gripes we could level at the car, for now anyway, would be the pipsqueak hooter tone. A car that looks this assertive needs a correspondingly ballsy horn.

And then there is that continuously-variable transmission (CVT). Now, even though Toyota has endowed it with “steps” that simulate gear ratios, there is no getting around that this gearbox is simply not as good as a conventional torque converter or dual-clutch automatic. A six-speed manual can be had, but not only in lesser grades of the model ladder. 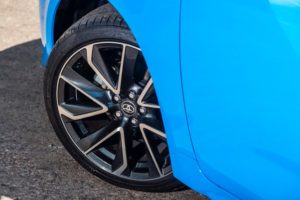 The engine accompanying the CVT is the more favourable of the pairing. With 85kW and 185Nm, the turbocharged four-cylinder petrol unit is as peppy as you would hope looking at the exterior.

It serves decent fizz for town driving and cruises comfortably at the national limit. Hard acceleration prompts a serious bout of droning as that CVT goes about its business. But at least the increase in pace is commensurate with the noise.

Toyota is enjoying its spot in the limelight at the moment, with thrilling prospects like the rally-bred Yaris GR and next-generation 86 on the horizon. The latest Corolla is also a reflection of the renewed vigour that has pervaded the brand.

GRIPES: Meek hooter … And can Toyota move past that CVT already?

What is your view on the new Toyota Corolla Hatch? If you were in the market, would you be interested in buying one? Let us know in the comments below. Also, if you found our content informative, do like it and share it with your friends.