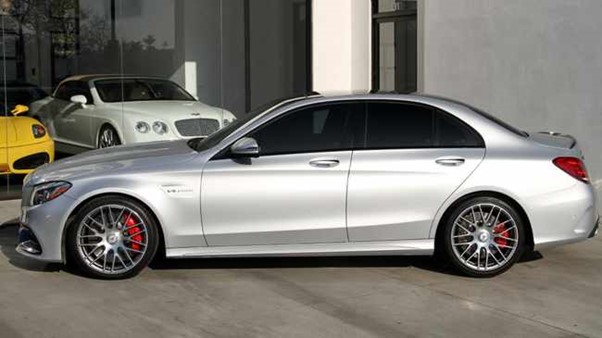 We have taken a look at the most searched for exotic sports cars under R2 million on AutoTrader and these are the coolest cars you can buy in South Africa right now.

There’s nothing cooler than an exotic sports car – even when James Bond isn’t behind the wheel. But, which of these incredible creations (the cars, not Bond) do South Africans want in their driveways? A search of recent AutoTrader data reveals all…

The list shows that Mercedes-Benz AMG, the sports car and performance division of Mercedes-Benz, occupy the first two spots on an exotic sports car collectors list. This comes as no surprise, as, ever since the 1960s – when the company was founded by engineers Hans Werner Aufrecht and Erhard Melcher at Aufrecht’s house in Grossaspach (AMG derives its name from their surnames and the name of the village) – the AMG name has been associated with cutting-edge automotive technology and a passion for motorsport. 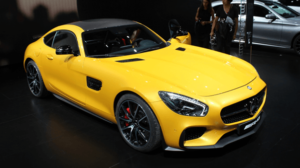 In the early days, that passion for motorsport saw Aufrecht and Melcher work on a 300 SE racing engine (which propelled Manfred Schiek to ten race wins in the German Touring Car Championship in 1965). Today, of course, the brand is leading the pack in Formula One (the Mercedes-AMG Petronas F1 Team has been remarkably successful and its driver Lewis Hamilton is the reigning Formula One World Constructors’ Champion).

According to George Mienie, AutoTrader CEO, over the years, Mercedes-Benz AMG has expanded its horizons and today the brand is about more than just motorsport. “The brand has gone on to develop numerous road vehicles inspired by successful racing cars – such as the Mercedes-AMG C-Class C63 and Mercedes-AMG GT S Coupe that top our list,” he notes. 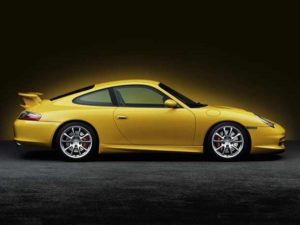 Like so many other vehicles on this list, the 911 is considered to be one of the greatest sports cars of all time. Despite its rear-engine, it’s also a remarkable car to drive. One could say that this exotic sports car ticks all the boxes – including, of course, the “cool” one. 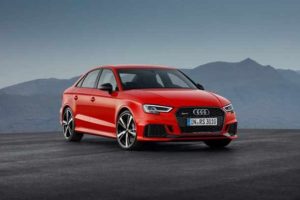 Here’s the full list of cool cars you can buy right now for under R2 million: 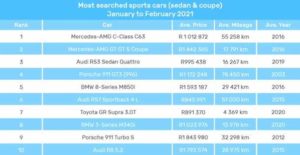 List of the coolest cars searched for on Auto Trader. Source: Autotrader

What are your thoughts on the coolest cars you can buy in South Africa right now? If you had a choice, which car would you buy for under R2 mil? Let us know in the comments below. Also, if you found our content informative, do like it and share it with your friends.