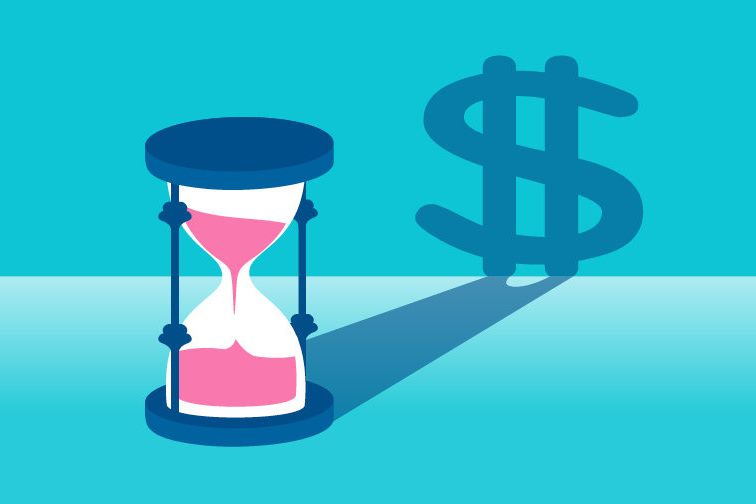 Making sure technicians have the right amount of one-time-use clips they need for a given repair is just one of the time-saving tips for technicians. This will ensure they are not stopped in their tracks for a lack of them, and help to save time. That’s according to Travis Mann, damage analysis expert at db Orlando Collision Center.

“It’s compounded,” he says of those reclaimed moments, ”if I save that tech three minutes per day for a year, he’s now been able to turn an additional X-Y-Z hours, not only for himself, but for the facility.”

Efficient collision repair hinges on saved time, those minutes and hours, and in all but the most refined shops there’s likely areas that can be honed, processes improved, or standard operating practices that can be tweaked. Be it compartmentalizing your shop, staging with the next day in mind, giving extra thought to small details that can trip up repairs, seamless communication, or seeking out versatile employees, there are big and small ways to gain a bit more of an edge.

FenderBender caught up with a number of collision repair vets who keep their eyes on the clock—shop operators, technicians, and folks like Mann—to gather tricks and tactics that help them save time.

With a decade in the business and eight years as a technician, Mann now writes repair plans—aka estimates—at db Orlando Collision Center, a 10,000-square-foot facility that brings in $2.6 million in annual revenue in Orlando, Fla. He says vehicles have advanced to the point that his title, damage analysis expert, makes sense.

“You have to be well-trained and actually do the research to properly repair these vehicles these days,” Mann says.

That expertise pays off—db Orlando’s final repair cost, compared to the estimate written, on average differs by 4.7 percent, he notes.

Beyond the advanced knowledge needed to do the job correctly, db Orlando has implemented a number of measures to do it efficiently, including creating a very compartmentalized facility, Mann says.

It’s broken into various bays for different segments of the collision repair process, he says: repair planning, parts, body, structural, and then paint and reassembly.

“All those techs in those respective bays are going to have the tools for their particular job,” he says, underscoring the fact that technicians aren’t working on the same vehicle from start to finish, a break from shops that are “stuck in the 1990s.”

“We noticed that compartmentalizing them has increased their efficiency, since they’re doing the same thing everyday.”

Mann says technicians have also been given tasks in which they excel—if someone is good at teardowns, have he or she do them all day. Such specialization helps db Orlando move through its average monthly count of 60 cars.

“Their hours are going to reflect that as well,” he adds.

Tip: Stage and plan tomorrow’s work the night before.

Christopher Segura started as a service technician for BMW in Dallas a dozen years ago before making the move to the collision repair side and heading west to Pacific BMW.

The Glendale, Calif., shop saw a 35 percent increase in its gross sales in 2019 leading to annual revenue that exceeded $4 million.

“Time management has always been huge and, luckily, it was something learned from one of my mentors,” he says.

What’s the single most important thing he does to save time?

“I plan the night before, like right before I leave,” he says. “I’ll go through the production board, I’ll go through what I have to take care of … If we wait until the next morning, we’ve already wasted time.”

He didn’t always operate that way, though—his first mentor was old-school, a strict 8-to-5er. It wasn’t until he linked up with his second mentor, a 27-year-old who he describes as “one of the top flaggers in the shop” that he started getting set at the end of the day.

“We would stay until 6 just staging everything we needed to do the next day,” Segura says, explaining that meant laying out parts and pulling cars from the lot, anything to avoid standing around at 8:30 a.m. the next morning, trying to figure out what to do.

Ask a collision repair pro for one time-saving tip and chances are he or she will offer many. Here’s an assortment of concise offerings from techs and managers.

With experience at multi-shop operations like Gerber and Service King, Jorge Hernandez says he tries to operate Cisneros Auto Body, the Phoenix, Ariz., shop he owns with his father-in-law, Antonio Cisneros, like an MSO. The 5,000-square-foot shop with seven employees has an annual revenue that has topped out at $950,000.

Hernandez says technicians need three things to be able to do their job: “It’s a good sheet, a car, and parts. If one of those things fails a tech cannot do his job.”

Leaning on what he learned during his days as a service advisor at Service King (cycle time rules all else; he says Cisneros’ is about four days), Hernandez stresses the importance of working with technicians to create a complete repair plan.

“If you’re doing the sheet you need to get into the habit of asking the little things: Do you need any clips?” he says. “Do you need coolant? A lot of times, techs just look at the big parts—hoods, fenders, bumpers—and they always forget the little stuff and that’s what hurts the car from leaving.”

Knowing that a missing bracket can cost a repair a full day, Hernandez says he zeroes in on each repair’s details, especially as time runs low.

“It got me into the habit of asking those questions because I already know the scenario on Fridays,” he says of the crunch that comes at the end of the week.

Working with dozens of employees across two Eddy’s Body Shop locations in the Wichita, Kan., area (they back up a dealership group), Jeff Oldenettel knows the importance of clear communication when it comes to saving time.

“That is your paramount issue in any given experience,” says Oldenettel, who has more than 20 years experience in the industry. “Whether it’s digital or verbal.”

It’s the organizing force behind the two shops, which, with a total monthly car count of more than 120, have an annual revenue of $3.6 million.

Coordinating 20 drivers shuffling vehicles back and forth from collision repair shops to dealerships, Oldenettel has those staffers using Whatsapp, a free mobile messaging service that works across different platforms, to keep the flow of information moving and organized.

“It’s been really good to have the drivers on one line of communication, so that they see it,” he says, noting there are days when up to 40 cars need to be moved. “If only one person has that information, then it doesn’t help.”

From office desks to the shop floor, various other means of digital communication are used, including instant messaging system Slack, and messaging over Bodyshop Booster.

“It’s a little fractured,” he says, “but as long as you know who you’re coming with, you know how to reach them.”

Oldenettel says he likes the documentation provided by digital communication.

“It’s good because you can’t hide from it, it’s there. I’m all about the proof … The evidence doesn’t exist if you can’t prove it. All these digital communications, it’s there.”

“When you’re a smaller shop and you do the volume we do, having versatile people is key,” he says.

With seven full-time employees and two part-timers, Mike’s Autocraft has a monthly car count of 38 and annual revenue of $1.4 million.

With two sheet metal technicians and one paint tech, sometimes his paint department can require some help.

“Our metal techs are good so they can fly through some work,” Beattie says. “So when the paint department gets backed up, the one tech can float into that spot, help the paint get set up, and it just makes everything smooth.

“Having somebody who can float back and forth like that has really sped us up,” he says.

Beattie, who’s worked at Mike’s for 14 years, doesn’t shy away from stepping out of his usual roles either. At the end of the day, he gets updates from the shop’s technicians in order to know where they are in each repair, and then works with the maintenance/detailer to set the techs up for the next day.

“Any slowdown from a technician is a problem,” Beattie says. “Anything they don’t have to do that can be done by someone else needs to be taken care of.

“If you’re a flat-rate tech, the last thing you want to be doing is moving a vehicle around.”

Are you applying some of these time saving tips already in your shop? What time consuming tips can you share with other shop owners that work for you? Let us know in the comments below. Also, if you found our content informative, do like it and share it with your friends.