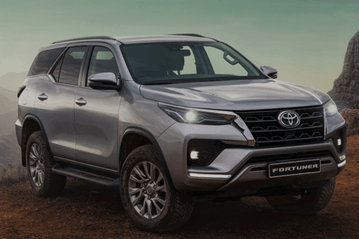 Toyota to produce the Corolla Cross, a very modern light crossover based on the Corolla platform, which will also include a petrol-electric hybrid version of the car. This will hopefully be the first large volume hybrid in South Africa.

At a time when rapid change is required to accommodate tectonic shifts in the global industry, in South Africa we still tax electric cars (EVs) 25% at the border because – and I’m not kidding – they’re in the same category as golf carts and milk floats. For comparison, a 6-litre W12 Bentley will get hit up for 18%. Also, our motor industry development plan – the result of years of wrangling, lobbying and discussions with the DTI, and only signed off at the end of 2019 – doesn’t even mention EVs, despite this being an export-led industry. It’s infuriating.

It’s best to judge people by their actions, not their words. So when the government talks about climate change, CO2 emissions and air quality, you can see in the tax regulations that they are lying. To cut to the core of it, they prioritise the protection of fuel levy over air quality, the environment and public health. They regard electric cars as a threat to income, so they continue to actively disincentivise their uptake.

This is a pity because electric cars are a good thing.

I’ve long given up on South Africa maintaining its strange car Parc – that mix of First World urban technology and Global South runarounds, along with the bakkies and Kombis that make up the bulk of the vehicle population for businesses and commuters. It is entirely common to see a mixture of Mahindra SUVs and Toyota pick-ups and Mercedes-Benz sedans all at the same traffic light.

When the Fed stops propping up the rand, as it eventually must, posh high-tech cars will become even more impossible to afford. Over-taxed EVs and hybrids will simply not feature. They’re expensive and will be considered a luxury item.

Or, at least, that’s what I thought, but Toyota last week announced something quite exciting. The painful demise of the sedan has even impacted that one-time staple of family motoring, the Corolla, which has been built in Durban since 1975. That’s all coming to an end now. Instead, the Japanese carmaker will produce the Corolla Cross, a very modern light crossover based on the Corolla platform. My views on the motoring public’s demand for such products will have to wait for another day, but this is a brilliant outcome for Toyota South Africa Motors, who will have worked extremely hard over the past years to secure production of this model in Durban.

More excitingly, they will build a petrol-electric hybrid version of the car. This will hopefully be the first hybrid in this country to tick the necessary boxes to gain a little volume.

Specifically, it’s a crossover, so people will actually want to buy it and, being locally built, it should be reasonably afford­able. Perhaps, at last, some of Toyota’s hybrid tech will filter though to ordinary motorists who will enjoy the 4.3l/100km quoted fuel economy.

Reviewing a Fortuner is a mug’s game. It’s a defining model, much-imitated but never surpassed in sales. It’s the segment and its competitors exist in its shadow.

It is a ladder-frame SUV, a bakkie with a boot. It is exactly what you’d expect it to be. First, the bad news. The current model is now five years old, and at times it feels it. Compared to any monocoque/unibody chassis car, the Fortuner feels unwieldy. The body-on-frame construction means it never seems to settle. It jiggles and it wobbles and it doesn’t like corners.

But that’s the nature of the beast. They all do it: the Pajero Sport, the Everest and the now-departed Pathfinder.

The good news is that these limitations also result in a supremely competent seven-seat off-roader that is tougher than old boots. These really are cars that run and run and run and will serve as a family car for as long as you like.

Because it’s a real 4×4 you hit high on top of all that off-road hardware. The 2.8-litre diesel feels utterly bombproof and is now quite a potent thing, offering 150kW and, more importantly for the towing classes, 500Nm of torque. I used about 11l/100km in a very urban grind with the range-topping automatic. Not too bad.

The Fortuner continues with the less-than-perfect solution of having two seats in the boot that fold to the sides. They can be removed if you don’t need them but, with the spare wheel slung under the rear of the car bakkie-style, there’s no space for the seats in the boot floor. They will surely address this when they renew the car.

For all this discussion on its compromises, the Fortuner delivers on its promise perfectly. Few cars feel as solid and as indestructible off-road. It will seat seven, and it will tow the moon out of orbit if you wish. The VX model I drove was festooned with clever technology, including radar cruise control and satellite navigation and lane-keeping. Pretty posh stuff, in fact, and to get your hands on this level of 4×4 ability, power, space and technology in a monocoque SUV you’ll be needing more than six figures in your budget.

And that’s why they sell so many. It’s a mix people love. For adventurous outdoorsy South African families, it has become the car of choice. I really, really hope the urban set give the new hybrid Corolla Cross a try. It has the opportunity to do the same thing. In the meantime, you can expect to see ever more Fortuners on South African roads. DM168

What are your thoughts on the widescale adoption of electric vehicles in South Africa? What do you think is holding South Africa back from the global trend to go electric? Let us know in the comments below. Also, if you found our content informative, do like it and share it with your friends.