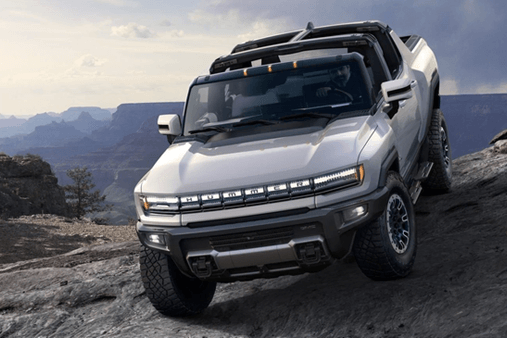 DETROIT – Will Ferrell has it out for Norway. “Did you know that Norway sells way more electric cars per capita than the US?” he asks before smashing his fist through a plastic globe. In an unlikely and very expensive Super Bowl ad made by the usually-staid General Motors, a disheveled, bearded Ferrell shouts “Well I won’t stand for it!”

During a break in the Super Bowl action, the comedian vows to “crush” Norway and recruits help from Kenan Thompson of “Saturday Night Live” and actress and rapper Awkwafina in a multimillion-dollar promotion for GM’s Ultium battery. At the end, after Ferrell mistakenly winds up in Sweden and Thompson and Awkwafina mistakenly end up in Finland, the ad says “We’re coming, Norway.”

Conquering Norway’s small car market won’t make or break the fate of GM, which has been making cars for more than a century. But the good-humored GM ad – one of two EV ads the company will air – is another sign that the world’s fourth-largest car company might be trying to steer its way toward a new era of electric vehicles.

This week, GM’s corporate account tweeted, “Norway is crushing us at EVs. That’s crazy. We have to do better.” GM’s chief executive Mary Barra said in a tweet: “Norway has set the bar high with electric vehicle adoption.” And the company account tweeted again to say: “Did you know 54% of new cars sold in Norway are EVs? We can’t let them show us up.”

It isn’t just GM. The global motor industry is peering into an all-electric future, the industry’s most profound turning point in a century and the most crucial since the 2009 financial crisis that saw GM go in and out of bankruptcy. After spending the past four years encouraging President Donald Trump to weaken fuel efficiency standards, GM’s Barra last week did a U-turn on electric vehicles, declaring that the company’s “aspiration” was to phase out petrol-powered vehicles and sell only electric versions of passenger cars and light trucks by 2035, eliminating tailpipe emissions.

“The timing right now is excellent,” said Dane Parker, head of sustainability at GM, noting the Biden administration’s “clear emphasis on a low-carbon or zero-carbon future.” The industry knows more about how to make electric cars than American scientists knew about space travel before going to the moon, Parker said. “We will look back and say, ‘Wow, that worked.'”

Other companies have already been speeding ahead. Ford announced on Thursday that it would double its outlays on EVs, adding about $11 billion (R163bn) in new spending through 2025; another $7 billion (R104bn) will go to driverless vehicles. Volkswagen is pumping $37 billion into a race to outdo all-electric Tesla.

The challenges are numerous

But there are many bumps in the road ahead. The carmaker of the future will have to be as much a battery or software company as it is a conventional engineering company. It will need networks of rapid recharging stations and massive new supply chains to meet demand for new parts, like lithium for batteries. New business models could alter the nature of car ownership – and undermine politically powerful dealers. And throughout, the big car companies must work to maintain peace with their unions.

“Barriers will slow down the achievement of some of these goals,” said John Paul MacDuffie, professor of management at the University of Pennsylvania’s Wharton School, “but there will be a tipping point and all forward-looking forces will be focused on this future.”

Even if the big car manufacturers can marry the expertise of Silicon Valley-style software and Detroit-style mass production, climate experts worry that the scale of the transportation sector is so great that overhauling it will take far too long from a climate perspective. GM’s Chevrolet Bolt sales in the United States doubled in the fourth quarter of 2020 from a year earlier, but they remained 0.8% of GM’s 2.5 million US sales for the year. Globally, electric vehicles made up about 3% of total cars sold in 2020, according to the International Energy Agency. 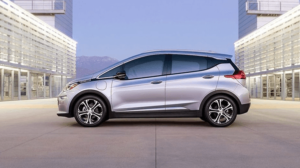 David R Keith, a Chevy Bolt owner and assistant professor at the Sloan School of Management at the Massachusetts Institute of Technology, said “given that EVs cost more than conventional vehicles and we’re at a point where consumers are not making lavish discretionary purchases, the question is not, ‘Can we sell to the wealthy?’ It is, ‘Can we get the everyday household in mainstream America to buy an EV?’ and we’re still a long way away from that.”

Meanwhile, he added, the cars on the road today will be on the road for the next 15 to 20 years. “There is so much inertia baked into those 250 million light-duty vehicles,” he said.

The biggest companies, like GM, have not gotten off to a strong start.

On at least three occasions, the batteries powering GM’s Chevy Bolt caught on fire under the rear passenger seat, according to National Highway Traffic Safety Administration reports. In November, GM issued a recall for 50 932 Chevy Bolts – more than 60% of all Chevy Bolts on the road.

GM’s early struggles are cultural as much as they are technological.

In November, GM launched a hiring blitz for 3000 engineering, design and information technology specialists. “This will clearly show that we’re committed to further developing the software we need to lead in EVs, enhance the customer experience and become a software expertise-driven workforce,” GM President Mark Reuss said in a news release.

But on the online job site Glassdoor, many GM workers in software were disappointed. One current GM employee said there were “good benefits” and a “good work/life balance,” but “too much time spent on meetings and political games.” The advice to management? “It is hopeless. IT management needs to be completely replaced. IT bureaucracy is an obstacle for innovation.”

A former employee said the pros of working there included “working with the latest on Car Tech.” The cons? “Big company, slow pace of changes.”

VW has also struggled with software glitches, which forced the German carmaker to twice postpone sales of its new ID.3, which is a similar size to the Golf.

The big carmakers have to compete for talented engineers, not only with Tesla but with other new entrants into the car market. One 11-year-old EV startup, Rivian, last year swiped a rising star named Alex Archer from GM’s design engineering department. Archer, a 2015 Stanford University graduate, had already invented a sliding console in 2020 models of GM’s small trucks and SUVs.

Rivian said this week that the first of 10 000 vans Amazon had ordered by 2022 would start making deliveries in select cities. Rivian also plans to start selling pick-up trucks later this year. Amazon has invested $700 million and Ford has invested $500 million in Rivian. (Amazon founder Jeff Bezos owns The Washington Post). 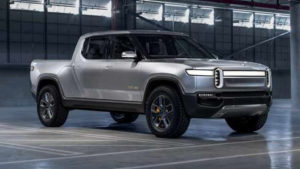 For workers who lack Archer’s star power, the coming upheaval in the car markets is a source of anxiety. Unions are worried that the change to electric vehicles might undermine their membership. EV powertrains are mechanically simpler than those in internal combustion engines, the United Auto Workers said in a report. According to analysts at UBS, the Chevy Bolt’s e-motor has three moving parts, while a VW Golf’s internal combustion engine has 113.

“This simplicity could reduce the amount of labour, and thus jobs, associated with vehicle production,” the UAW report said.

The problem, the union warned, is that many of those new components “could shift business and employment to non-auto companies that lack a large US manufacturing base. This could undermine motor industry job quality by shifting work to employers with a poor history of labour relations or companies that are more likely to import components.”

The big carmakers also face a variety of battery challenges, posing tough questions for President Biden on trade, subsidies and investment. In her confirmation hearing, energy secretary nominee Jennifer Granholm noted that “of the 142 lithium ion battery mega-factories that are under construction, 107 are in China. Nine are in the U.S. We can’t sustain this. We have got to lean in much more quickly.”

That’s going to mean subsidising domestic battery makers or arm-twisting or incentivising foreign battery makers to set up factories in the United States. The UAW has called for large-scale retraining programs for displaced workers.

An explosion in the use of electric batteries could also spark conflict over environmental choices, pitting conservation against industrial needs.

And then there are the car dealers, who in most states are shielded from manufacturers by consumer protection laws. Many dealers make more money on follow-up services and leasing than they do selling cars in the first place. They have little to no expertise in batteries or EV software. When Tesla announced it would have virtually no showrooms and would sell directly to customers, dealers were up in arms.

“An EV well engineered is going to have a much lower service profile than an internal combustion engine,” said Diarmuid O’Connell, a former top Tesla executive. “The question is what is the strategic business model for dealers to be incentivized to support EVs.”

Another ad to be aired during the Super Bowl takes aim at car dealers, portraying one as a villain who has tied up a potential customer on the floor and threatens him with jumper cables in a horror-like sequence that ends with a sunny pitch for Vroom, an online car dealership that delivers vehicles to the home.

Many dealers are simply closing shop. Given a choice, 17% of 880 Cadillac dealers took a buyout from GM rather than invest in the repair equipment and charging stations needed to sell and service electric versions of the luxury car, the Wall Street Journal reported.

When O’Connell worked at Tesla, he was tasked with overcoming the dealers’ demands. “It was a painful experience to have to go state to state, dealing with folks who were locally very politically connected. And very often there was, if not an explicit, an implicit monopoly,” he said.

O’Connell said the auto industry every year for three or four years invited him to a summertime conference in Traverse City, Michigan, to debate the future of EVs. And every year, auto industry executives would say that motorists aren’t interested in them. O’Connell would reply, “You’re not even trying.”

For now, the big century-old companies are sprucing up existing brands. Ford, in addition to introducing electric F-150 pickups, will start selling an electric version of its Mustang. GM is pressing ahead with plans for a new electric Cadillac crossover called the Lyriq.

So far, though, the road to an EV future looks like a long one. “Kenan, Norway’s out EV’ing us,” Ferrell says in the Super Bowl ad. “Grab an EV, meet me in Norway.” Ferrell then interrupts Awkwafina, who is practicing archery outside her house. “Sorry to disturb you, but Norway’s beating us in EVs,” he says, catching an arrow in his teeth. “Meet me there in an hour.”

Perhaps the motor industry will have a better sense of direction than Ferrell and his fellow stars.

What is your view on the full scale adoption of electrical vehicles? Do you think it will happen quickly or gradually given the challenges highlighted by the motor industry? Let us know in the comments below. Also, if you found our content informative, do like it and share it with your friends.