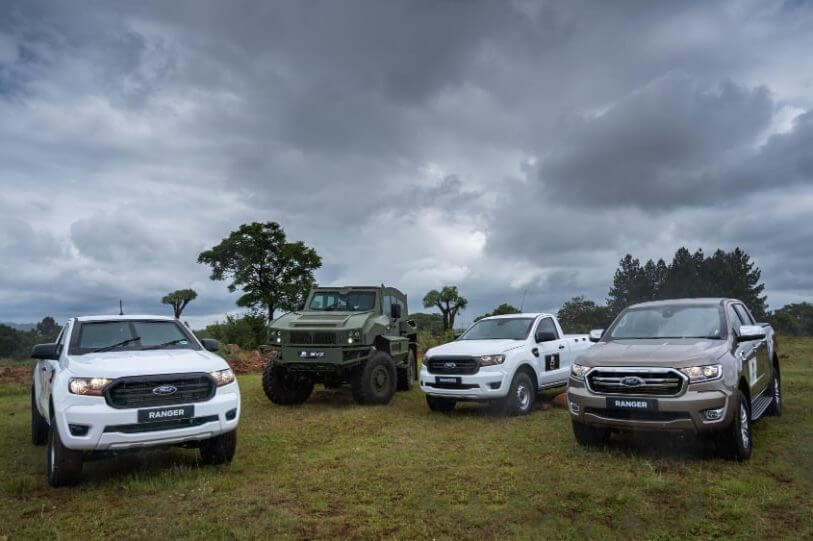 It is no longer safe to drive anywhere on your own due to the prevalence of hijacking. To help, Ford Motor Company of Southern Africa has teamed up with SVI Engineering to launch an armoured protection model of the popular Ford Ranger.

The Ford Ranger is one of the best-selling bakkies in South Africa and the introduction of armoured protection positions the Ranger in an entirely new segment, both for private and fleet customers.

It has been noted that more than 18 000 vehicle hijackings are being recorded annually in South Africa.

“We see armoured vehicle protection as a next step into a potentially life-saving sector. Ford is leading the way in customer experience by offering this without affecting the Ranger’s full warranty and service plan, which is a first for any OEM in South Africa,” said Neale Hill, managing director of Ford Motor Company of Southern Africa.

SVI Engineering confirmed that it will offer two levels of Ford-approved armoured protection for the Ranger, across all models, powertrains and derivatives.

Protection consists of 18-21mm armoured glass, along with kevlar sheets for the body. Weighing only 280kg on the Ranger Double Cab, the lightweight armour will have minimal impact on vehicle acceleration, fuel consumption and dynamic performance.

The build time of a B4 armoured Ranger is around eight weeks.

The B6 is the highest level of protection allowed without a special permit. It has been designed to protect against ammunition fired by R1 assault rifles and the AK47. This comprehensive protection comprises 38mm armoured glass and special armoured steel plates.

Weighing 650kg with armour, the suspension of the Ranger is upgraded accordingly. Customers can choose between a discreet appearance, or the cost-effective non-discreet option, called Stopgun V2.0.

The discreet option features upgrades not easily identifiable on the vehicle, versus the more obvious protection on Stopgun option.

B4 and B6 armour protection covers the following areas:

Additional Ford-approved armouring options for the Ranger include:

Pricing excludes VAT and purchase price of the vehicle.

In addition, customers receive a one year/50 000km warranty on the armouring components from SVI Engineering.

What is your view on the additional protection amour available for Ford Rangers? Do you think it will set the trend for other high risk models and expand to other manufacturers? Let us know in the comments below. Also, if you found our content informative, do like it and share it with your friends.