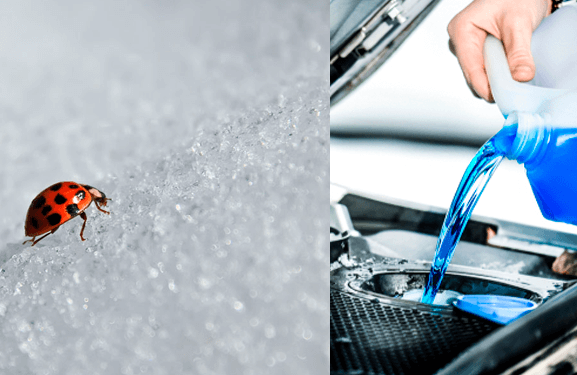 Can nature provide a solution for a natural antifreeze alternative?

The idea may feel a little creepy at first glance but the science is far from mad. A research scientist from the University of Denver is proposing that Alaskan spiders and insects could possess the properties to transform the production of antifreeze.

Dr. Monika Bleszynski is a research professor from the University of Denver who has been studying how different fish, insects and plants deal with the cold.

Bleszynski suggests that the natural antifreeze compounds found in some Alaskan spiders and insects, as well as the Antarctic toothfish, could provide natural alternatives to the harmful chemicals used to produce traditional anti-freeze products.

An effort is now being made to replicate the glycoproteins in the toothfish that prevent its blood from freezing in cold waters, in order to be created into an organic antifreeze compound.

The kicker; this process would create a product that is non-toxic to both humans and aquatic life, allowing it to be a far more sustainable solution than traditional antifreeze products.

As well, this could mean less-to-no long-term corrosion on vehicles that were previously subjected to harsh antifreeze chemicals and coarse road salt.