New BMW 4-Series Is More Than Just An ‘Ugly Face’ 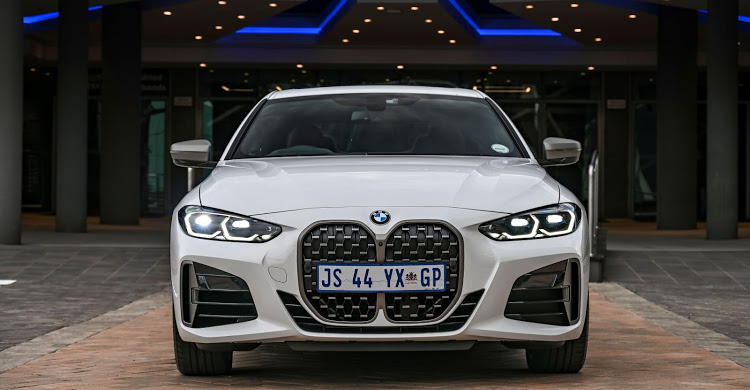 Stylistic misstep or courageous defiance of the “traditional” BMW aesthetic rule book? Many are going to find it hard to decide where the new 4-Series, launched locally last week, fits.

Back to that initial point of tradition. If you go far back enough, the latest coupé could claim kinship with a number of classical models from the Bavarian carmaker sporting long faces.

Take the old 328 from the year 1936, for example, with its pair of vertical kidneys. Go look at the snout of the 503 or the 3200 CS that succeeded it. Heck, even the E21, the first official 3-Series (which was by default, a two-door) had a bucktoothed look with its slim, rectangular grille arrangement.

So we should not be as surprised as we are by the … unique countenance of the G22-code 4-Series. There are historical justifications to be cited. Maybe we should be more incensed by the rear, which looks like a blatant copy of the Lexus RC?

If the designers had intended to get people talking, they have succeeded. Probably not since the controversial E65 7-Series has discussion of a new BMW been so vehement. But if you consider the recently unveiled iX sport-utility vehicle, it does seem like the worst is still to come.

Anyway, back to the 4-Series. Thankfully, the sentiments from behind the wheel are more conclusive than those reserved for its outward appearance. It drives like a modern BMW should. That means you can carve your way through some of the finest mountain passes offered by the Western Cape with unflappable confidence and a steely resolve. And then tip it into its most comfortable setting and cruise back home (or to the airport, in our case) ensconced in a well-insulated bubble of plushness.

The firm strives to reinforce the notion that it is different to its 3-Series counterpart, but one struggles to fathom such a disassociation. After all, its foundation is nigh-on identical to that of the 3-Series. Which is an excellent thing in itself. Go test drive a current G20 back-to-back with its fellow Germans and tell us the one with the propeller on its nose fails to inspire the most.

Though the six-cylinder car would seem like the more enticing proposition, the addition of all-wheel drive has muzzled the character that made its predecessor so thrilling in the company of the Mercedes-AMG C43 and Audi S5. Pricing ranges between R755,400 for the 420i and R1,117,450 for the M440i, before options of course.

The charm of the new 4-Series lies beyond its nostrils. This is a remarkably polished cross-country tourer imbued with a genuinely sporting spirit.