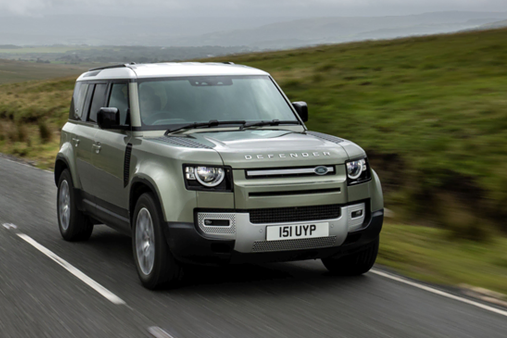 LONDON – The Land Rover Defender has just won Top Gear’s Car of the Year award for 2020, while also being hailed as this year’s “Unstoppable Force”, but one of the British car publication’s previous TV show hosts has also released a video explaining why it has the wrong badge.

The former Top Gear presenter, who has since followed his co-hosts Jeremy Clarkson and Richard May to The Grand Tour, recently posted a video review of the new Defender (see below), and at the very end of the clip he argues that it should actually be wearing a Discovery badge.

Hammond took the car for a drive, but elected not to take it off road since it was pretty obvious that the vehicle had all the right stuff for a proper bundu bash. Instead he did what he felt its target market would be inclined to do – namely park it at a nature reserve and take his dog for a walk up a hill.

https://www.youtube.com/embed/v0XEvA4INWo?feature=oembed While doing that Hammond explains that the new Defender is not aimed at the farming types who bought its utilitarian ancestors many decades ago, but rather it should be seen as something that can facilitate a “brief escape into the great outdoors, before scurrying back to a life that, thankfully for most of us, is more comfortable and more luxurious than anything that could have been imagined at the time of the original Land Rover’s launch, when a tea tray with handles was considered a luxury that could make you soft.”

And with that in mind, he labels the new Defender as the best Discovery ever built – just with the wrong name on it..