More Road Rules Will Not Help Until Original Ones Are Enforced 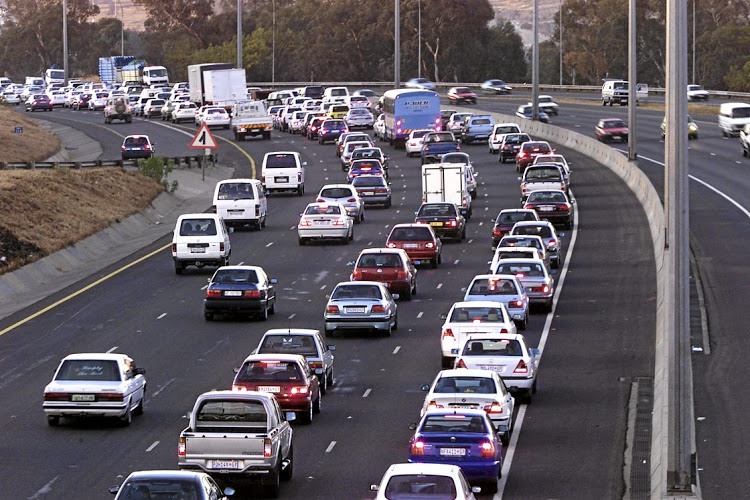 It seems that Aarto focuses on punishment, rather than prevention, which is problematic.

Everyone wants safer roads and better drivers in SA, but more legislation and regulation is not the way to achieve this goal. Government at all levels has proved repeatedly that it is unable to ensure adherence to existing laws, so adding new regulations will not help. Proper application of what is already in place is the obvious answer.

Complete disregard for existing legislation and regulations are evident from the way in which some minibus taxis use SA roads. Collectively, the drivers of some of these taxis are the worst offenders on our roads. However, nothing happens in this instance, as it seems that the SA government fears taxi bosses.

As worst offenders on our roads, minibus taxis are followed in a close second place by the VIP protectors of politicians such as cabinet ministers. Politicians are rushed around in huge and expensive black vehicles at breakneck speeds with total disregard for the safety of all other road users.

Unfortunately, such rushing around also comes at a risk to the politicians whose safety should in the first instance be ensured by VIP protectors. This is evident from the number of politicians that were killed in car accidents. A most-recent example is the untimely death of former minister Collins Chabane in 2015. At the time of the accident, it was rumoured that the minister’s vehicle travelled at such a high speed that the accident could not be avoided.

SA politicians rushed around at high speed in total disregard for the law really sets a bad example for their fellow citizens and, in particular, for the youth. The youth of today are the road users of tomorrow and will learn from the bad example of politicians. As citizens of this country, we expect better from our leaders. In this instance, it is never too late to hope for better.

More than 20 trucks were attacked recently on SA roads. Trucks were either burnt, petrol bombed, shot at or stoned. Despite this total disregard for the law, the SA authorities are unable to contain the violence.

Amid this inability to apply existing legislation and regulation, coupled with an unwillingness on the part of politicians to subject themselves to existing legislation and regulation, the SA government sees fit to introduce more of the same. This will come in the form of the Administrative Adjudication of Road Traffic Offences (Aarto) Act, which has received considerable attention in the media, mainly because it is written in a way that seemingly infringes the rights of alleged offenders to have a fair hearing of their cases. However, the real issue at hand is the question whether the application of Aarto will improve road safety in SA.

It seems that Aarto focuses on punishment, rather than prevention, which is the wrong focus. To improve road safety, the government does not need to focus, as first steps, on much more than the three matters highlighted above. Get minibus taxis to adhere to the law, get politicians to subject themselves to the law, and punish the people who attack trucks on SA roads. These are the real issues that require urgent attention, rather than new legislation and regulations in terms of Aarto.

In dealing with speeding, Aarto prescribes fines and a demerit point system. Exceeding the speed limit therefore implies two actions against motorists. This aspect of Aarto is problematic inasmuch as motorists can speed inadvertently. With SA’s very high crime rate, one of the items often stolen is road signs. As a result, a motorist could inadvertently be speeding under conditions where signage prescribing a lower speed has been stolen.

Motorists will receive speed fines by mail or electronic means long after the occasion of alleged speeding, often far from the place where the alleged offence occurred. Under such circumstances it will be practically impossible for the motorist to prove that a road sign indicating a lower speed was not in place at the time of the alleged offence.

This is a particular issue on national roads with a speed limit of 120km/h. If a zone with a lower speed limit is entered but the signage indicating a reduction in the general speed limit has been stolen, the motorist will continue to travel at 120km/h.

A stolen road sign will therefore make a motorist an offender, with little or no recourse to prove their innocence. This is an unforeseen complication of the Aarto legislation in its current format. Road users should be protected, implying that the onus should be on the relevant authorities to show that road signage was not stolen, but in place and properly visible at the time of an alleged offence.

• Rossouw is interim head of the Wits Business School.